Emblazoned above the entrance of the Graham Kerr Building is a single word—Zoology. While our Institute’s research base has expanded beyond its definition, this word hints at our past. It also points towards our undergraduate contingent taking degrees in Zoology and Marine and Freshwater Biology. Ready to quench the extra-curricular thirst for Natural History possessed by these students is the Zoological Society, which this year celebrated its 90th anniversary (maybe). Here, Prof. Roger Downie, long time denizen of the Graham Kerr, guides us through an exploration of the rich history of zoology at the University of Glasgow and within GU ZooSoc. A few recent presidents of the society also share their fondest memories of their term in office.

Glasgow University’s Zoological Society (ZooSoc) celebrated its 90th anniversary in February 2016: but had the society got its dates right? To understand this question, we need to look back into the rich history of zoology at the University.

The story begins with King George III, who established the Regius Chair of Natural History at the University of Glasgow in 1807. The professor’s main role was to curate and expand the zoological and geological collections bequeathed to the University by William Hunter, a renowned Scottish anatomist and physician of the time. In 1870, these collections were moved, along with the university, from their original location on High Street to Gilmorehill; the professor of Natural History at the time was John Young. While he opposed Darwinism, being more interested in ancient Greek philosophers and scientists than in modern ideas, Young did argue for more biological science to be taught in schools and for teachers to be trained in these subjects. He also felt that the subject of natural history had become too vast, and thought it should be split into separate chairs of Zoology and Geology (as had happened at Edinburgh)—botany had long been a subject in its own right and taught as part of the medical degree. However, the most significant changes during his tenure were arguably due to the actions of ‘Darwin’s Bulldog’, Thomas Henry Huxley.

Huxley, now mostly known as a promoter of Darwin’s evolutionary ideas, carried out an enquiry into Scottish Universities that led to major reforms: women were admitted as students from 1892; the Faculty of Science was established in 1893; and it became possible to take a degree in science. The number of students studying natural history/zoology beyond elementary level in the early days was very small. But in the year women were admitted, the University’s archives show that a Natural History Society was established; minutes of activities including lectures and excursions exist for 1892-4. These activities covered zoology, geology and botany, so went beyond the scope of Young’s role. However, the next mention of a Zoological Society in the archives would not come until long after Young departed. 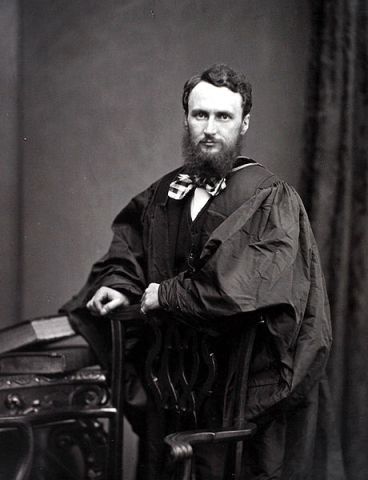 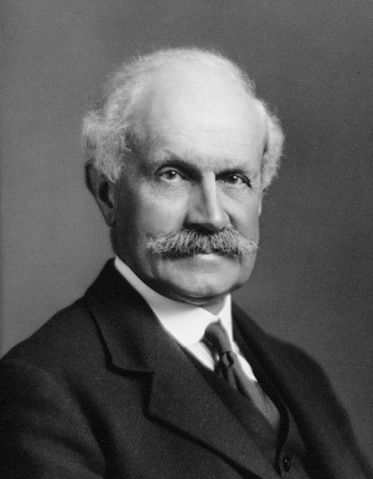 When Young retired in 1902, after 36 years in the chair, a keen researcher and Darwinian replaced him—John Graham Kerr. However, Kerr was not best pleased that the University finally decided to split Natural History into separate chairs of Geology and Zoology. Kerr was also not best pleased at the state of the facilities he found: cramped, long neglected and ill suited for modern research. He agitated for a new purpose-built building. Though delayed by the First World War, Kerr got what he wanted: the magnificent Zoology building, which bears his name and we still use today, opened in 1923.

While there are no official records of a Natural History Society during Kerr’s early years, the archives do contain a minute book for the Zoological Society for 1926-36: its first entry records the foundation of a ‘new’ Zoological Society in 1926; hence the 90th Anniversary celebrated this year. But evidence indicates that this ‘new’ society arose from a previous one. In her memoirs, Sister Monica Taylor, a world-renowned protozoologist, records attending the ZooSoc’s inaugural lecture, given by John Graham Kerr soon after his arrival in Glasgow; also, the 1926 minutes show a carry-over of money from two years before. So my guess is that the Natural History Society, founded in 1892, continued until the split of the subject in 1902, leading to the independent ZooSoc, which no doubt ceased during the War, started again but stopped temporarily, and relaunched in 1926. 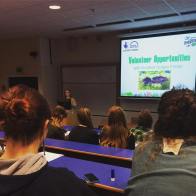 After the Second World War, Zoology student numbers began to grow, augmented by a new degree in Agricultural Zoology. In the 70’s to 80’s, three new degrees were introduced to help cope with numbers and more specialised interests: Parasitology, Developmental Biology and Aquatic Bioscience (now Marine and Freshwater Biology). Some of these were taught in collaboration with other departments, but they were mainly taught in Zoology, by then believed to be the largest such department in Europe; there were so many staff that many were located in other buildings.

This was not to last. A major and contentious re-organisation of the biological sciences in the 1990s abolished self-run departments and dismembered Zoology. The parasitologists moved to combine with microbiologists; comparative physiologists moved in with the human physiologists; and whole-plant botanists joined the remaining zoologists in a Division of Environmental and Evolutionary Biology (DEEB). Retirements around the same time led to the closure of the degrees in Agricultural Zoology and Developmental Biology.

This re-organisation did not last either. Around 2010, another contentious change fused the biological sciences with medicine and veterinary medicine, producing the College of Medical, Veterinary and Life Sciences (MVLS) we have today.

Throughout these ructions, GU ZooSoc has continued as the staff and student society serving the extra-curricular needs of students taking the degrees in Zoology and Marine and Freshwater Biology. Currently it hosts weekly meetings during term time, with guest talks followed by wine and cheese (and beer) socials. While the Society has never been aimed solely at undergraduates, with the proliferation of taught masters degrees and the diversity of current research degrees, it has been difficult for ZooSoc to connect well with post-graduates and staff. However, it has had an undeniably large and influential impact on many young scientists passing through the doors of the Graham Kerr Building and likely will for years to come.

As both a survivor of Glasgow’s undergraduate Zoology degree and one of ZooSoc’s past presidents (2010-11), I can attest to the profound impact the society can have on the student body. ZooSoc is where my student experience started, where passions were discovered and some of my strongest friendships were forged. Talks both inspired career moves and reminded us why we were there when the stress of our studies mounted. But I am just one in a long line of people to stand at the helm of ZooSoc and try to steer it through a year’s worth of zoological adventure and intrigue. Below are a few thoughts from some of its more recent captains.

It’s great to have to opportunity to show how varied zoology is, whilst still having fun. We get people from all disciplines interested in our events, and younger students can learn about different research avenues early in their university career, allowing them to tailor their degree to their favourite topics.

One of the best evenings of my life was getting wildlife cameraman Gordon Buchanan to come talk to us about wolves (he even sent me a birthday text the next day). Simon Watt, from Inside Nature’s Giants, was also awesome. We even managed to sneak a GOLDEN EAGLE into the building for the Loch Lomond Bird of Prey Centre’s visit.

But we tried to do more than just talks, with bat and river walks and some invert ID training in the Graham Kerr building labs. The social side of ZooSoc was also really important, it helped me overcome social anxiety and I formed lasting bonds with other members. The contacts I made, both professionally and personally, were priceless.

ZooSoc was a great part of my undergraduate time at Glasgow. The talks were always interesting and highlighted the range of research and work opportunities available to students after university. I learnt a lot from the society and gained priceless experience by helping to run it. My favourite memory is organising a bat walk and talk with the Bat Conservation Trust and having over 60 people turn up outside the Kelvingrove Art Gallery to search for bats! We had prepared for only 20… I hadn’t realised how popular the society and its events were.

Having being involved with ZooSoc from my first week at university, I was overjoyed to be president in my third year. I modernised the society by upgrading our social network profiles and created a mascot: Daisy the Armadillo. Some of my favourite moments included our heavily attended Halloween event, the ‘Talking Sheep’ event we ran with the vet school, tree planting and, of course, the birthday party. It was a great privilege to be president in ZooSoc’s 90th (ish) year and if I leave any lasting legacy it will be the memory of the magnificent birthday cake.